Moviestar at the Meteor Festival
Posted November 13, 2013 by Trond Lossius 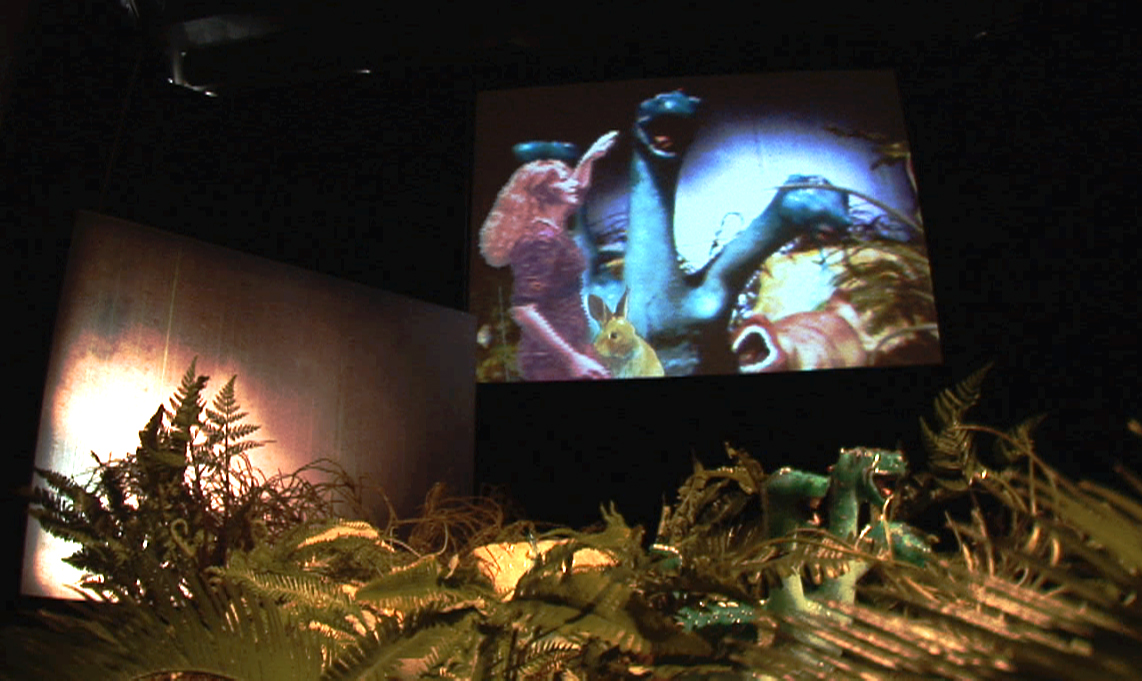 The interactive installation Moviestar by Marieke Verbiesen & co was presented at the recent Meteor festival in Bergen. In the installation Max, Jitter and Jamoma is used for live interactive video processing, making use of chromakeying and blob tracking.

Moviestar is an interactive installation that combines old and new media to create a reallife moving filmset. Classic film, animation, robotics, sound and motion tracking is utilised to simulate a movie scene where visitors play the main role. They will find themselves on a filmset surrounded by cameras, lights and a green screen studio, projected into a world that consists of monsters, UFO´s and other slightly surreal events that are controlled by the visitors movements in front of the camera.

The installation is a tribute to the young history of Special Visual Effects, that since the existince of film has experienced a fast moving evolution. Special effect technologies opened up oppertunities explored by filmmakers in order to produce imaginative movies by putting together diffrent filmed scenes; blending real actor recordings with stopmotion animations and prerecorded material. Filmmakers were able to create characters and filmsets using clay, wood and gardenutilities for their imaginative movieplots. Allthough films using these technologies looked far from realistic, they graduately gained acceptance by the public, and changed the way we looked at film forever.

A lot more info on this installation can be found at the official Moviestar website.

Moviestar was co-produced by BIT-Teatergarasjen and BEK, and supported by the Norwegian Art Council, Nordic Film Institute and The Municipality of Bergen.