Last week was the Teatrix workshop host by BEK, as previously mentioned in this blog. We used Jamoma extensively in the workshop, and also took the opporunity to a bit of development on it. The following pictures are from the theater at USF Verftet where the Teatrix workshop was held. 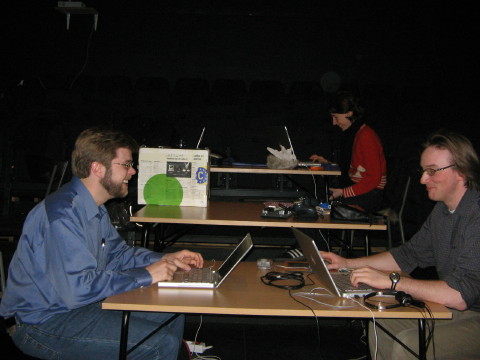 Alexander and I working on the new mappings and network modules 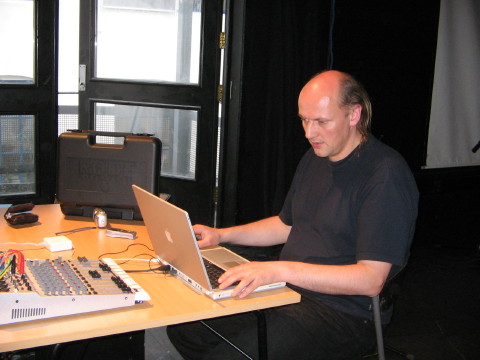 Trond trying to make sense of all the things that Alexander and I broke as we worked on the Jamoma core.

Time for relaxing, discussion, and eating in the cafe overlooking the harbor at USF Verftet.